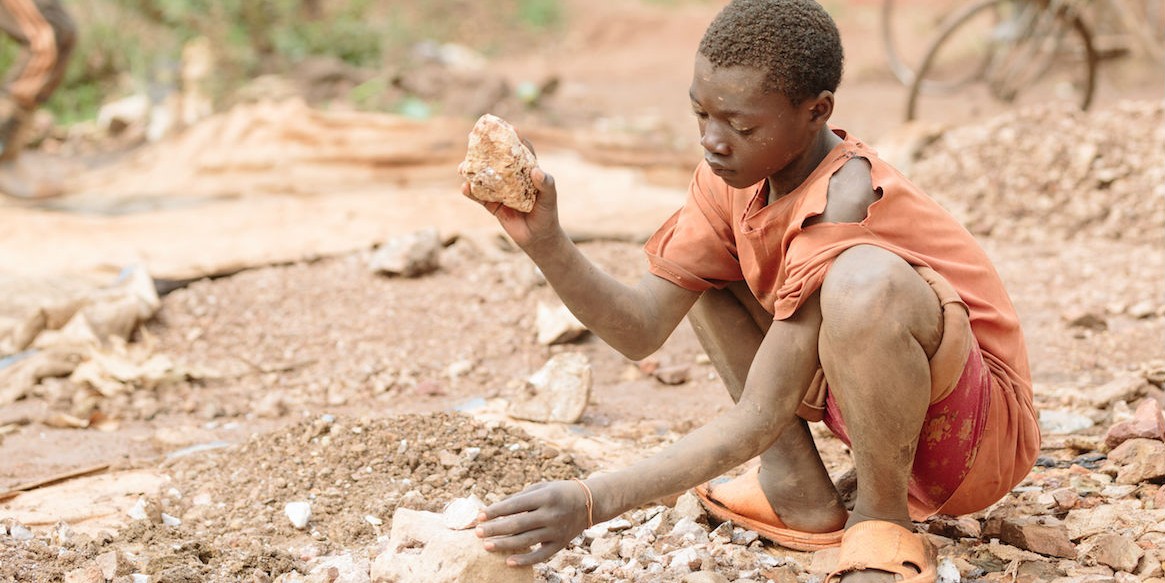 Nearly 15,000 children are working in gold mining in Uganda

Almost 15,000 children are working in small-scale and artisanal gold mining in Uganda, Africa. The majority of these children come into contact with extremely toxic mercury. Nearly every day. The release of mercury is very harmful, both for people and the environment. This is the conclusion of a study by SOMO commissioned by Stop Child Labour.

Last month, photographer Eelco Roos (@croyable) travelled to Uganda for Stop Child Labour. He made an impressive series of photographs to take stock of the situation in gold mines around Mubende. Eelco wants to make his followers aware of the issues in this sector. He has become well-known on Instagram where he has nearly half a million followers. Eelco explains: “It was my goal to create a good quality visual story by spending a week with these children. I really got to know some of these children and I will never forget them. I hope to make a small contribution by raising awareness using my Instagram channel.”

There has been a sharp increase in the number of children who are working in gold mining in Uganda in recent years. An increase of no less than 19% when we compare the years 2005 and 2010. Studies show that 1 in 4 children aged between 5 and 17 worked as a child labourer in Uganda in 2014. Partly due to the high market value and demand for gold, gold mining has grown in recent years. Compared to 2008 – when it was estimated that some 20,000 people worked in gold mining – this number has now doubled and the number of children who are working in mines is still growing.

These findings support the conclusions from previous research by Stop Child Labour stating that gold, which child labourers have mined does find its way on to the global market in an illegal manner. In this case this probably takes place in Dubai.

This is why Stop Child Labour started the campaign ‘gold in your hands’ at the end of last year, in 2015, calling on companies in the electronics sector to make a serious effort to eradicate child labour from gold mining. The electronics sector uses some 279,000 kilograms of gold up to a value of more than 10 billion euros every year. Making it the third largest buyer of gold, following the jewellery and financial sectors.