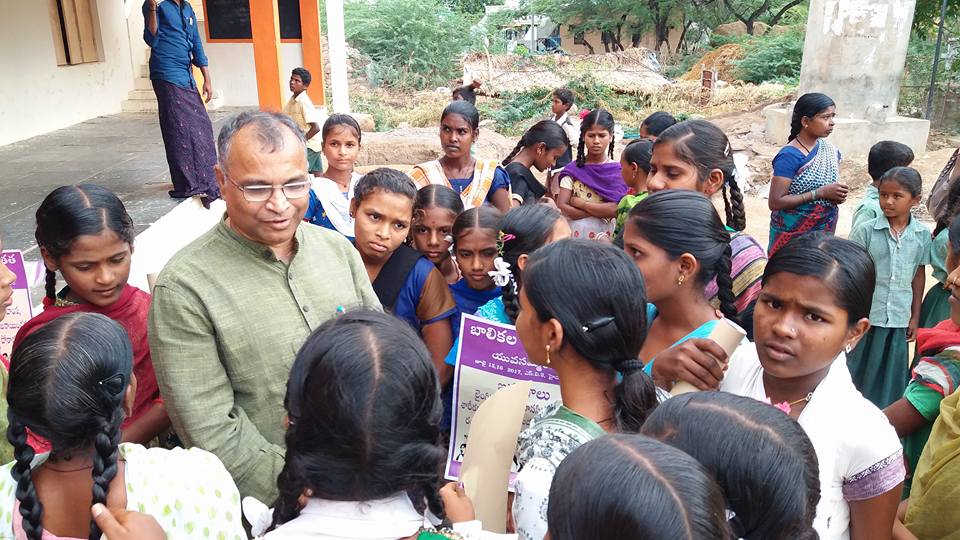 Venkat Reddy has been active in combating child labour in India since the 1990s. He acts on behalf of the MV Foundation and is also a member of the advisory board on child labour in the Indian Ministry of Labour & Employment. He sees a cautious shift from child labour to the school classroom. This is what he shares in an interview in Dutch newspaper Trouw, 28 October 2018.

“The Indian government has done a great deal of work to increase the number of children who attend school. For example, by visiting all villages and by promoting adult education. This means that the demand for education has increased. Serving free lunch at state schools has also played an important role.”

However, Venkat Reddy also underlines that much more efforts are needed to get all children into school and keep them there. Read the full article in Trouw here (translated from Dutch).

Stop Child Labour works together with the MV Foundation in India since 2003. We support and promote the creation of child labour free zones; areas where all stakeholders work together to ensure that children go to school instead of work. In this endeavour we encourage governments and businesses to assume responsability and play their role in the fight against child labour.