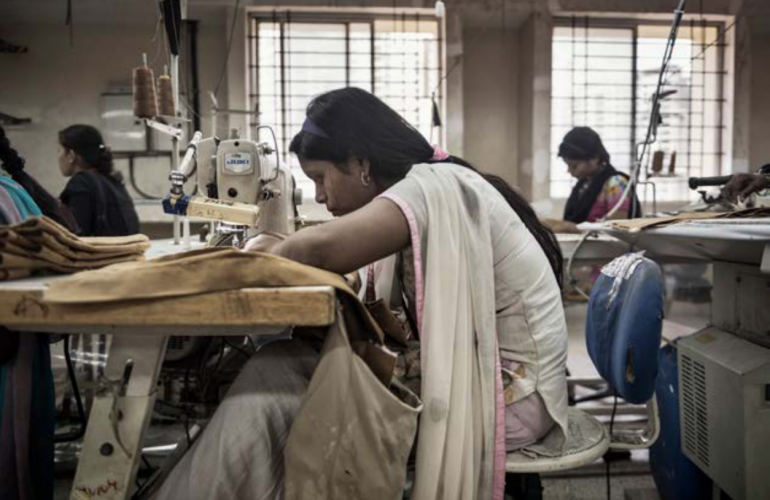 Female migrants employed in India’s garment factories supplying to big international brands like Benetton, C&A, GAP, H&M, Levi’s, M&S and PVH, are subject to conditions of modern slavery. In Bangalore, India’s biggest garment producing hub, young women and girls are recruited with false promises about wages and benefits, they work in garment factories under high-pressure for low wages. Their living conditions in hostels are poor and their freedom of movement is severely restricted. Claiming to be eighteen at least, many workers look much younger.

These are some conclusions from the report Labour Without Liberty – Female Migrant Workers in Bangalore’s Garment Industry, published by the India Committee of the Netherlands (ICN), Clean Clothes Campaign (CCC) and the Garment Labour Union (GLU).

Uma comes from a small village in northern states of India like many of her young colleagues. She was recruited and trained to go work into one of the 1200 factories in Bangalore, the ‘textile capital’ of India. Uma used to go to school and help her mother, now she stitches dresses and sportswear for H&M, Benetton, C&A, Calvin Klein and many other big international brands. Six full days a week. The target is hundred pieces per hour. For a minor like she is – her mates reminded her she was 18, but she turned out to be only fifteen – work at the factory in a faraway city is difficult. She misses her family and friends, who are thousands of kilometres away.

Read the full press release, the full report and the short version on the website of ICN.